“The Fall of Hobo Johnson” is far from the truth 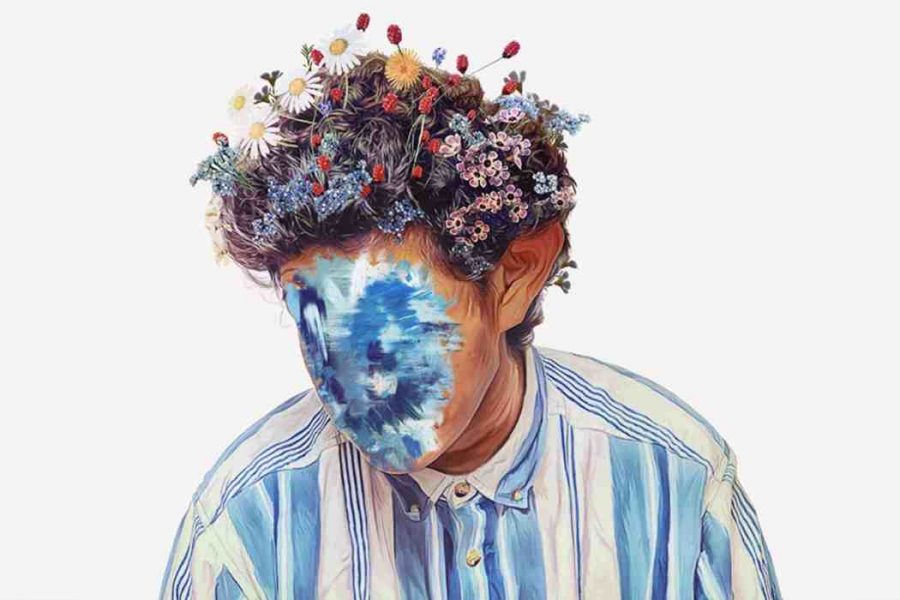 Frank Lopes, better known as Hobo Johnson, has been rising in popularity, especially since the release of his single “Peach Scone” in 2018. The year after, the artist teased fans with tracks from his much anticipated new album, “The Fall of Hobo Johnson,” which was fully released on September 13, 2019.

Since that moment, I have been hooked on the album. I loved his first album, “The Rise of Hobo Johnson,” so much already that I wasn’t sure if I would like many of his other songs. I was completely wrong about this. While the two albums are very different, they still have the unique and personal elements that I can only expect from Hobo.

Not only did his previous music draw me in, but the cover art did as well. It’s a drawing of Johnson’s head and shoulders. Although the details of his face have been replaced with blue and white paint, the details of the flowers in his hair and the stripes of his shirt are wonderful. While it’s pretty simple as far as album covers go, I think that the simplicity does bring a very pleasing element to the album.

His new album has more musical elements rather than more spoken word. The use of a trumpet is heard through many of his songs, and in “Uglykid (feat. Elohim)” he points out the instrument to have listeners appreciate the colors it brings to the music. The way the Hobo Johnson speaks to the audience throughout makes the album something different and interesting to listen to.

You can tell that his lyrics are completely thought through, like in the song “You & the Cockroach” which is basically a political commentary on how Donald Trump interacts with North Korea. The songs starts with him talking about the beginning of time, and how we evolved from little creatures in the ocean (adding his own twists, of course) and hits major points like religion, war and conflict and then the present. He talks about how infuriating it is that he knows no matter what, history is bound to repeat itself. He jokes that we’ll all die in a nuclear war, but one thing survives-the cockroaches. And then he begins at the start again… and history completely starts over.

One of my favorite songs on the album has to be “I Want a Dog” because Hobo talks about how badly he wants a good future, and to have the picturesque life that everyone dreams of. He wants to have the perfect family, however, it seems like he many be joking a bit too. He adds that he wants his dog to talk and that he wants his son to be a prodigy. He’s already asking for so much, so he feels like asking for unattainable things doesn’t matter. He feels like he won’t get it anyway, so he can dream for anything even if it’s impossible.

Overall, every song on the album deserves a listen. Even though it’s not the normal kind of music that many prefer, it has such a huge impact. He’s speaking about things that really matter to him, and many of them have relevance to my personal life as well. To me, that’s what makes music worth listening to, and that’s why I believe that this album (and Hobo Johnson’s music in general) is completely worth it.