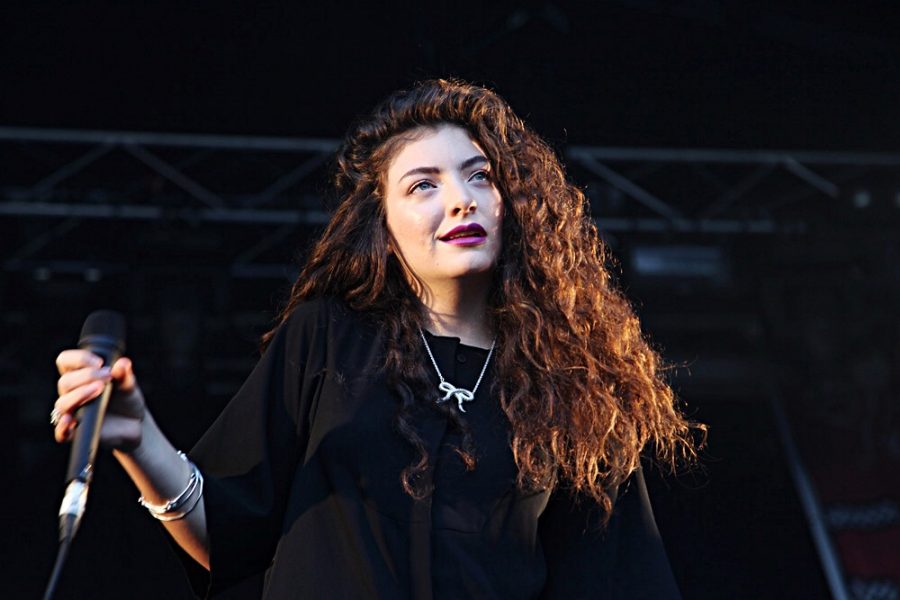 “Solar Power” is Lorde’s 3rd studio album, following her 2017 release, “Melodrama.” Lorde is a 24-year-old singer-songwriter from New Zealand who takes inspiration from a variety of genres, such as indie-pop, synthpop, and alternative indie. She’s mainly known for her 2013 hit song, “Royals,” which ended up winning two Grammys.

When Lorde dropped the single “Solar Power” on June 10. the hype was unreal. With backup vocals from both Phoebe Bridgers and Clairo, and production from Jack Antonoff, the whole music community was raving about a potential summer album from Lorde. That theory did not hold up well, though, as Lorde soon announced the album release date of August 20.

I assume she just wasn’t finished with the project, so I wasn’t too psyched out. She ended up dropping two more tracks from the album before the release date, one of them being titled “Mood Ring.” This track actually got me even more excited for the album. The dreamy yet upbeat vocals from Lorde were absolutely hair-raising, not to mention the fantastic production by Antonoff. It’s definitely one of my favorite tracks off the album.

It doesn’t take a hard-core fan to see that Lorde was taking a very different approach on this record compared to her previous, “Pure Heroine” and “Melodrama.” Lorde is widely popular for writing her songs about hard-hitting topics, with intense melodies. She wrote on the consequences of fame and the issues with the modern music community in “Royals.” She also wrote “Buzzcut Season,” a heartbreaking depiction of growing up, all while being just 16 years old. There are some deep tracks on “Solar Power” such as “The Man with the Axe” and “Fallen Fruit,” but the soft guitar and vocals on these songs really separate themselves from her past work.

There are definitely some folk-pop elements used on this record, especially on “Solar Power” and “Oceanic Feeling.” The acoustic composition on these songs really helped with the warm listening experience of “Solar Power.” I appreciated the instrumentation on the album as I listened more and more. Lorde does a really good job at creating a contrast between happy and sad emotion, while still maintaining the beachy, summertime vibe she’s going for on the project. For example, in “Dominoes,” she wrote about new-age enlightenment and finding yourself. One track later, in “Big Star,” she poured her heart out about her beloved dog, who sadly passed away in 2019.

There’s a recurring theme on “Solar Power” of the connection between nature and healing. “The Path” is the first track off the album. Here, Lorde suggests that the sun, ocean, and nature in general, will always hold more answers than any celebrity ever will. The beautiful lyricism on this track really gives life to this message. We see this theme again in, “The Leader of a New Regime,” a tragic interlude about the approaching environmental devastation that we might soon face.

There are definitely some weak moments on the album, like in “Secrets from a Girl (Who’s Seen it All).” Nothing on this track really stands out to me. It doesn’t feel like Lorde is living up to her advanced lyricism and vocals that were shown in her past two projects. Jack Antonoff also could have done much better with the production. I also thought the song “California” was sort of one-dimensional. It just sounds like Lorde was trying to force a hippie, upbeat vibe onto this track, when it just ended up just sounding like a cliche beach-pop song, a sound we’ve heard a thousand times before.

While I absolutely love the instrumentation on here, along with the bright and joyful melodies, it just doesn’t feel like Lorde is putting much passion into her voice on this record. One of the reasons why her previous album, “Melodrama,” was so great, was the pure emotion that she poured into her songs. There are definitely some absolute gems on this project, but compared to “Pure Heroine” and “Melodrama,” there isn’t much that stands out.

There is at least one element to like on pretty much every song on the album, but there’s also lots of holes in the production and lyricism. Overall, it’s a very warm and fun album, but I just think it’s something we’ve heard before. Her previous two projects provided such a unique sound, so in my opinion, this album is a step down in Lorde’s discography.

This record is a great example of how important the release dates for music can be. If “Solar Power” had actually dropped in the Summer, I truly do believe that I would’ve had a better listening experience.